Law Student Dies After Being Run Over By SUV Near Campus

Today, we’ve got some unfortunate news from the law school community in Indiana, where a third-year law student was killed just a few blocks off campus after being hit by a car.

Purva Sethi, a third-year student at Indiana University Maurer School of Law, was crossing a street just off campus in downtown Bloomington when she was struck by an SUV. Fox 59 has the details: 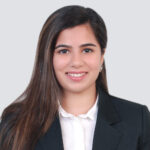 According to the Bloomington Police Department, 25-year-old Sethi was crossing Washington Street when the 2019 Ford Expedition hit her around 6:30 p.m. Saturday. She was crossing the street legally and had the right of way, police said.

The driver of the SUV had stopped at the red light on Third Street. He looked to the left to make sure there was no oncoming traffic and then made a right turn.

The driver didn’t see a pedestrian, he told police, but realized his vehicle had run over something. When he pulled his vehicle over, he saw Sethi lying in the road.

“We are heartbroken by this tragic event. Purva was beloved by our community,” Dean Austen Parrish said, in part, in an email to students as soon as the administration was alerted to Sethi’s tragic death. The law school has offered counselors for students to speak to about Sethi’s passing, and intends to hold a memorial.

We here at Above the Law would like to extend our condolences to Purva Sethi’s family, friends, and colleagues during this incredibly difficult time.

Dr. Fauci Warned In 2017 Of ‘Surprise Outbreak’ During Trump Administration

U.S. Will Give Terrorist Label to White Supremacist Group for First Time

He Led a Top Navy Ship. Now He Sits in Quarantine, Fired and Infected.

Wisconsin Primary Election: What to Watch For

Some Giant Pandas Had Sex

Wisconsin Primary Election: What to Watch For

Some Giant Pandas Had Sex