Earlier this week, the Backstreet Boys performed on Good Morning America, and in honor of the upcoming Valentine’s Day holiday, they helped a young man pop the question to his girlfriend on live television as they sang “I’ll Never Break Your Heart.” The moment was sweet as could be, but there was just one problem: the couple had already been engaged.

Meet Priscilla Consolo, an associate at Kirkland & Ellis, who sources say skipped work to get engaged (again) to her fiancé. Here’s their super-cute second proposal:

Consolo first got engaged to her fiancé, Adam Diamond, back in 2017. After word got out that Consolo had already been engaged, she allegedly told people that she and Diamond had broken up in May 2019. But sources claim that back in November, Consolo told them about having just ordered her save-the-date cards. Her wedding website was taken down recently, but Google saved the date: 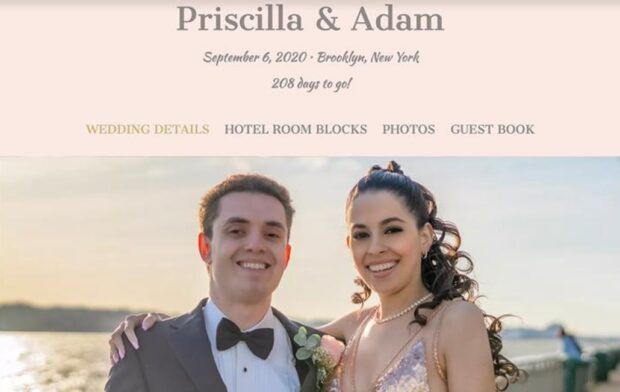 (Image via The Knot)

We’re told that Diamond even “proposed” to Consolo on Good Morning America with the ring he originally proposed to her with back in 2017 — a ring that sources at Kirkland say she wears to work every day. Here’s more from a tipster at K&E:

She even told people at work she would be unavailable during the day due to something unexpected, so she would not be coming in and would not be reachable by email.

Quit playing games with your Biglaw firm’s heart, Priscilla. We hope Kirkland doesn’t show you the meaning of being lonely. Best of luck on your upcoming nuptials!

Dagginess as an Australian Asset

Dagginess as an Australian Asset

PlayStation State of Play Feb. 2021 announced: How to watch

New Frasier revival series is coming to Paramount Plus

Will Joshua Jackson Be on The Mighty Ducks: Game Changers?

New Frasier revival series is coming to Paramount Plus

Will Joshua Jackson Be on The Mighty Ducks: Game Changers?