Priyanka Chopra does not disappoint when it comes to her wedding fashion, even as a guest.

Her husband Nick Jonas‘ brother Joe Jonas and Sophie Turner had a second, larger wedding ceremony in France on Saturday. Priyanka attended the event wearing a gorgeous pastel pink saree. The actress had showcased traditional Indian outfits at her and Nick’s multiple wedding events in December in her native India.

Other celebrity guests included Sophie’s Game of Thrones co-star Maisie Williams, who served as one of her bridesmaids, plus Diplo—who leaked video of their first wedding in Las Vegas in May, Joe’s DNCE band mates, Wilmer Valderrama and model Amanda Pacheco—who have sparked romance rumors in recent weeks, personal development coach Mike Bayer, and Dr. Phil McGraw—who leaked the bride and groom’s wedding date a week ago on Instagram.

See photos from Joe and Sophie’s wedding festivities and pre-wedding events below.

The married couple chat outside at Chateau de Tourreau before Joe Jonas and Sophie Turner‘s wedding in France. 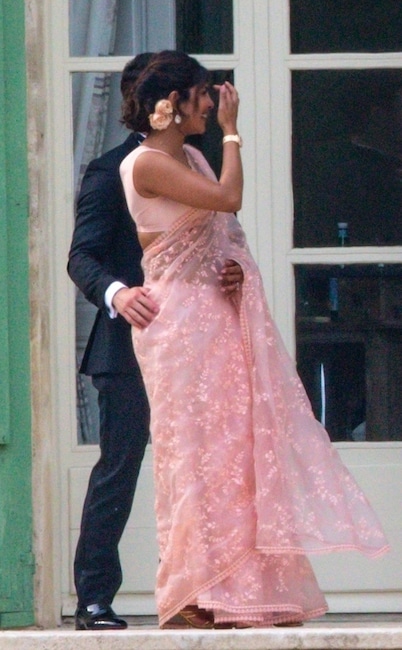 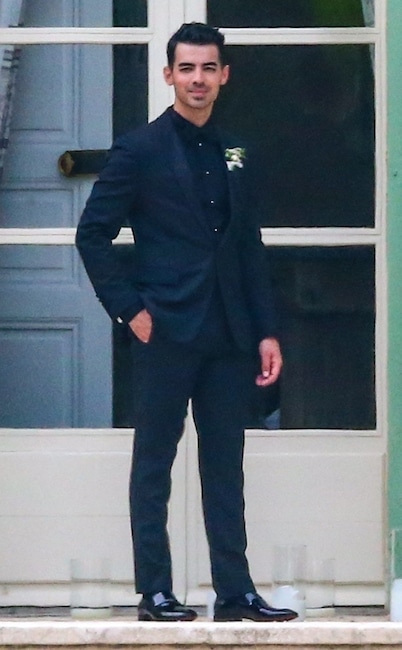 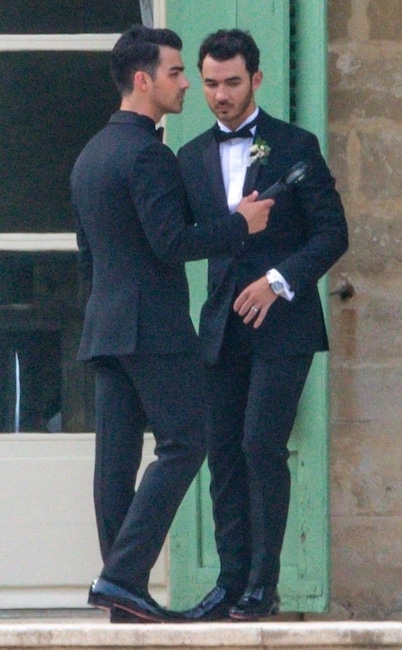 Time for a brotherly pep talk. 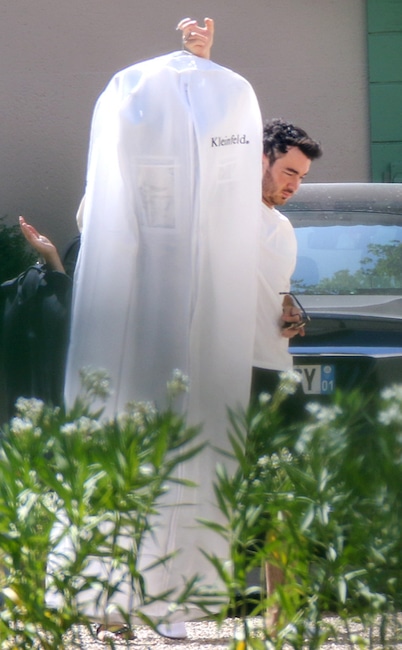 The singer carries a garment bag from the NY bridal shop Kleinfeld. 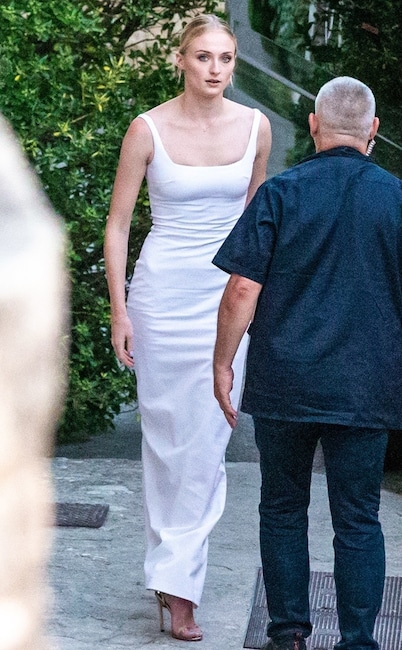 The bride-to-be wears a white, fitted dress with a square neckline at a pre-wedding celebration in the South of France with her nearest and dearest. 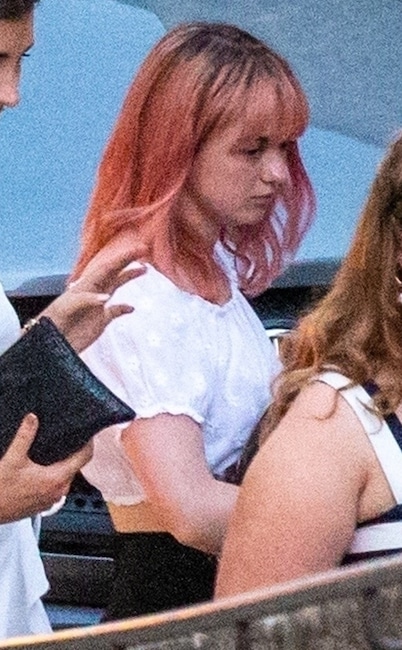 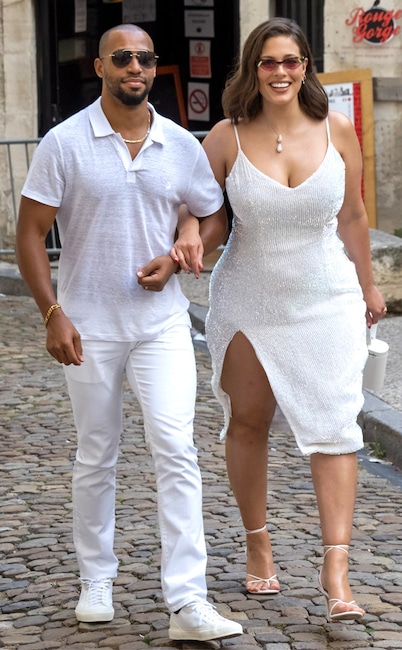 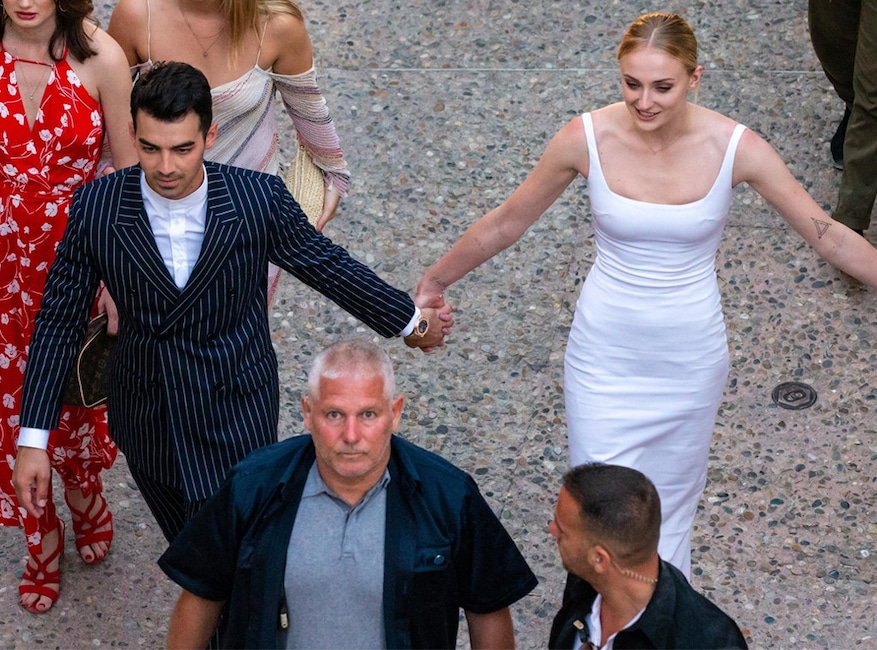 It won’t be long now until it’s time to tie the knot. 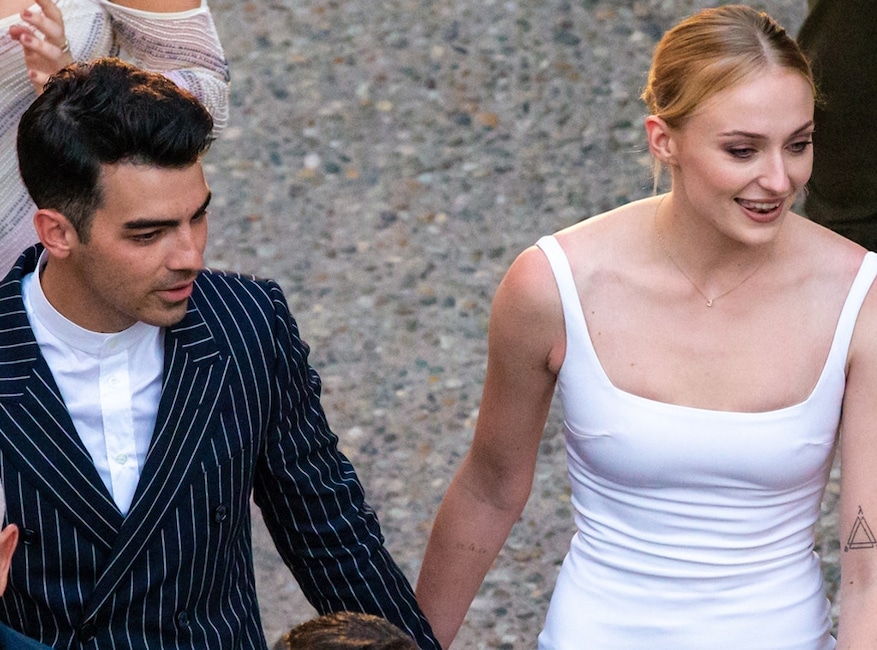 Just look at the happy couple! 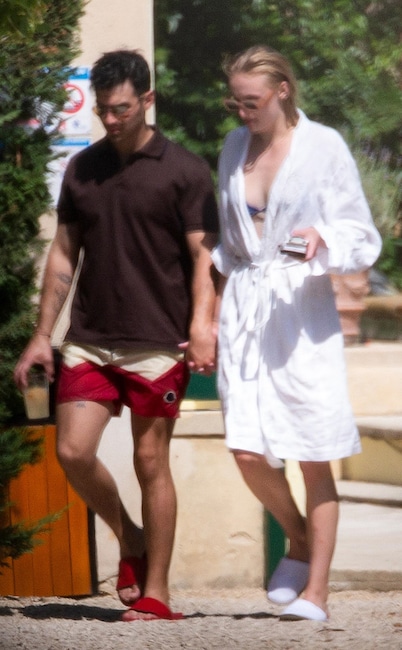 Joe and Sophie are spotted spending time by the pool at the Château de Tourreau. 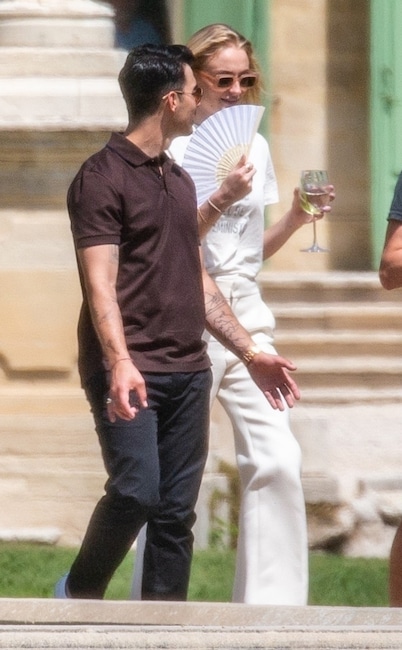 The actress can be seen attempting to cool down with a fan while walking alongside her singer beau. 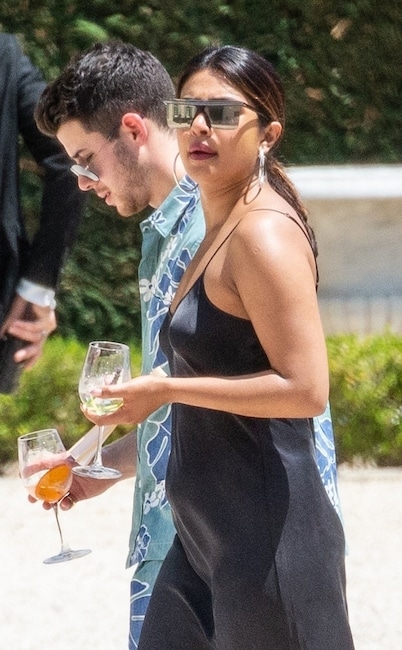 Nick and Priyanka enjoy a drink by the pool. 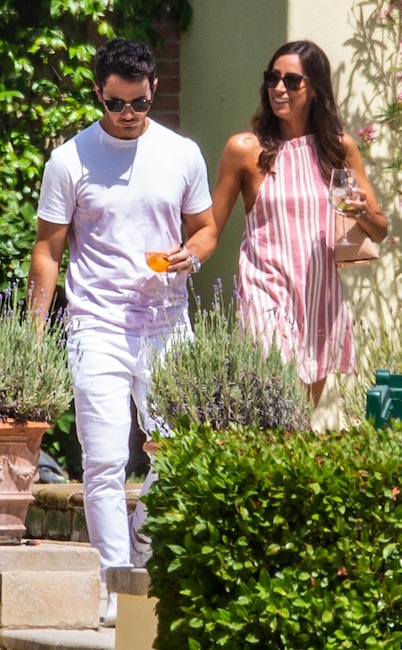 Kevin and Danielle hold on to their drinks as they arrive at the pool. 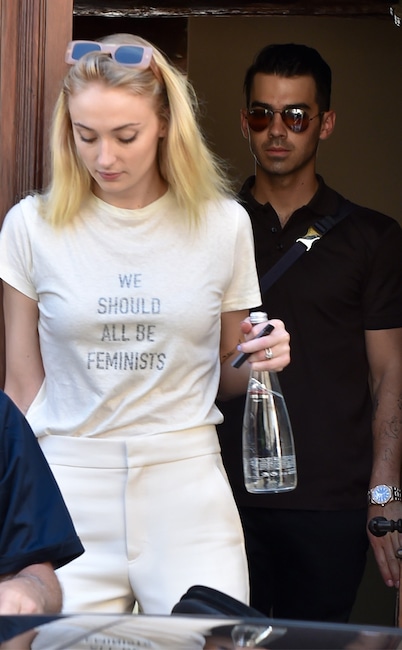 Sophie wears a “We Should All Be Feminists” T-shirt while exiting her hotel in the South of France with her hubby-to-be. 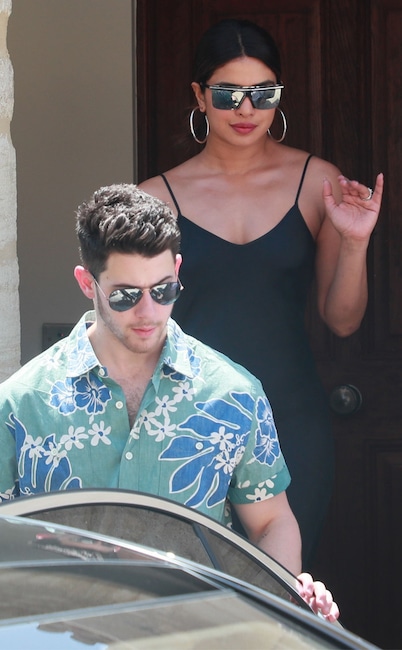 Hanging With the Fam

The singer and the Sansa Stark star are joined by his fellow JoBro Nick Jonas and sister-in-law Priyanka Chopra. 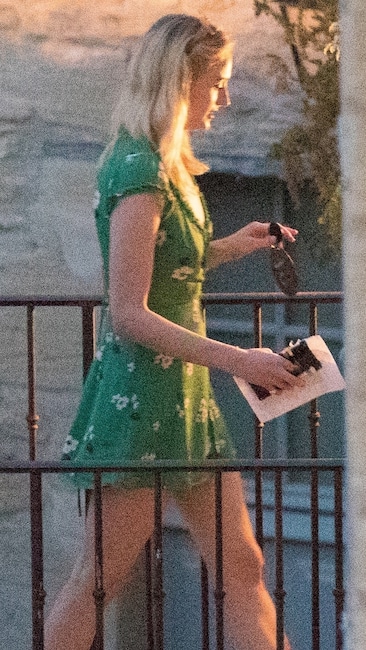 The actress dons a green dress with a pretty floral pattern on her way to dinner at her hotel’s restaurant. 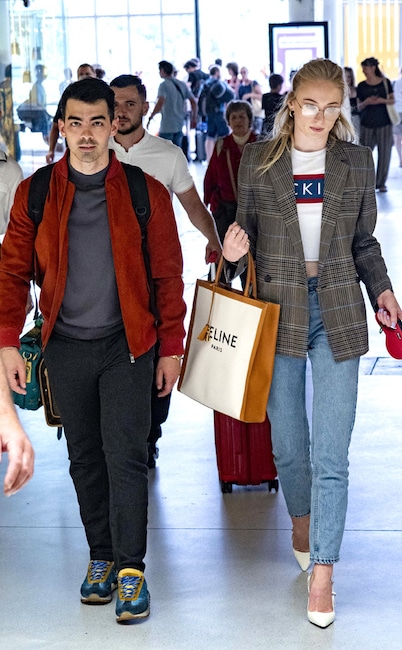 The pair stuns in bold and vibrant ensembles during an afternoon stroll in Paris. Trés chic! 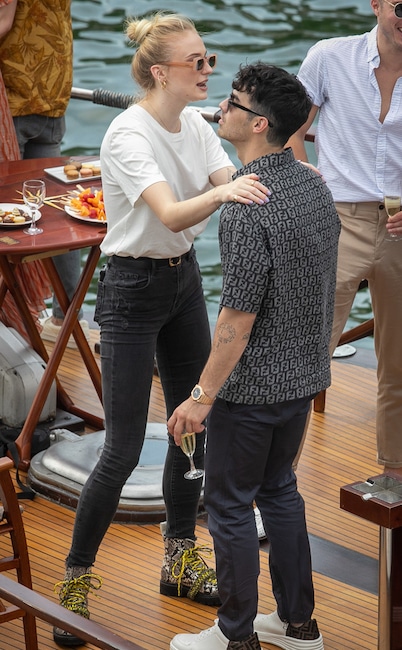 The couple soaks up the sun and enjoys quality time with friends and family ahead of their second wedding. 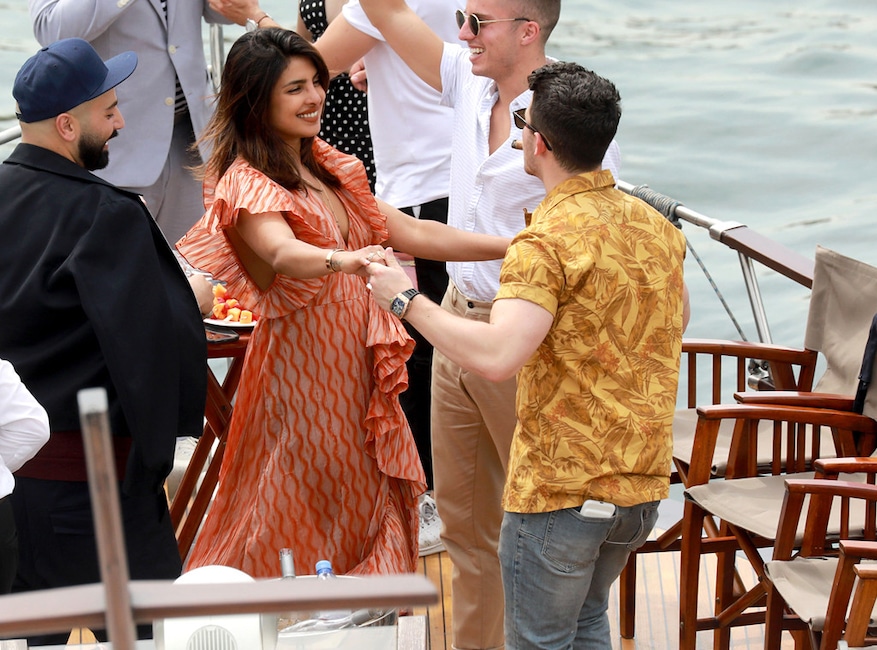 The Isn’t It Romantic actress shares a special moment with her husband and Jonas Brother member. The newlyweds celebrate Sophie and Nick on a yacht ahead of their second wedding. 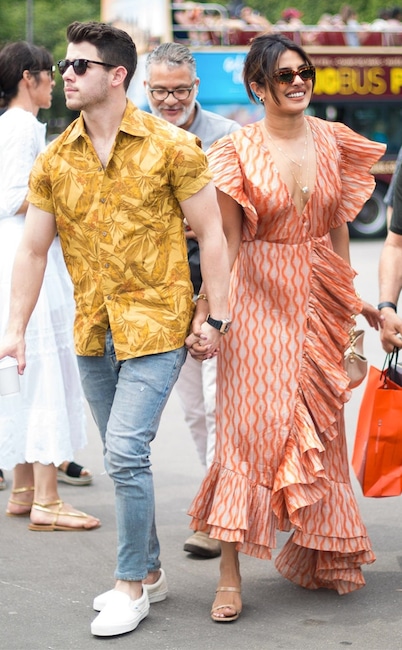 The happy couple goes glam for their boat ride with the Game of Thrones actress and “Sucker” singer. 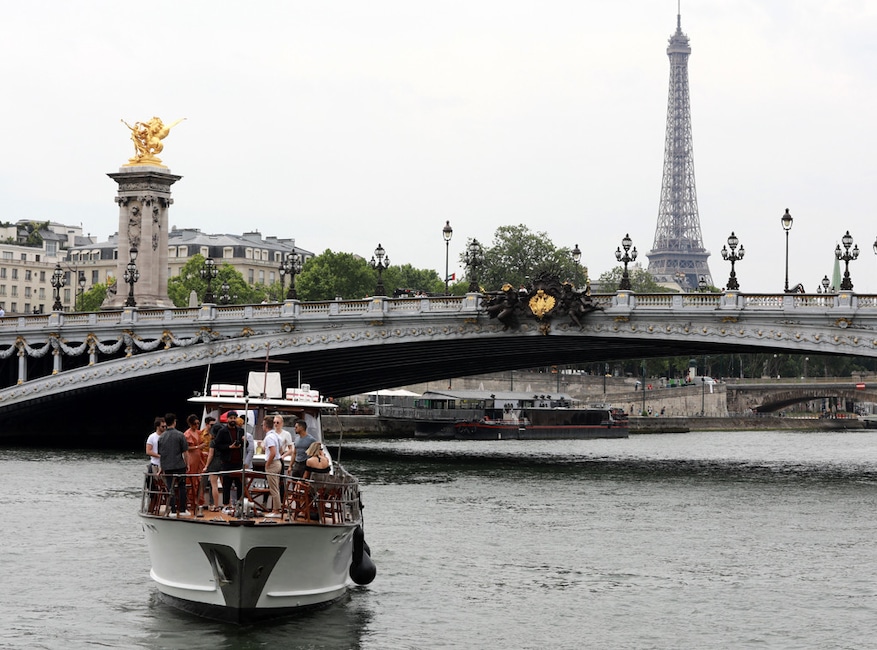 It’s almost time for the Dark Phoenix actress and her beau to say “I do” once again, and what better way to celebrate than on a yacht? 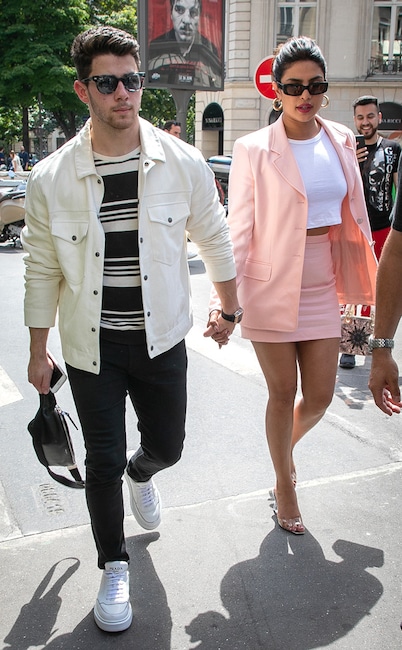 Day date! The two stroll through the City of Light in ultra-fashionable ensembles. Chopra wears an eye-catching blush corset with Poppy lissiman sunglasses while her hubby opts for something more casual. 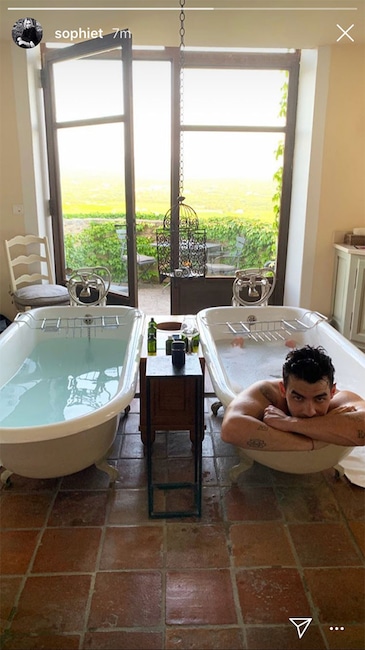 There’s nothing more relaxing than taking a bath and staring intensely into Joe Jonas’ eyes. 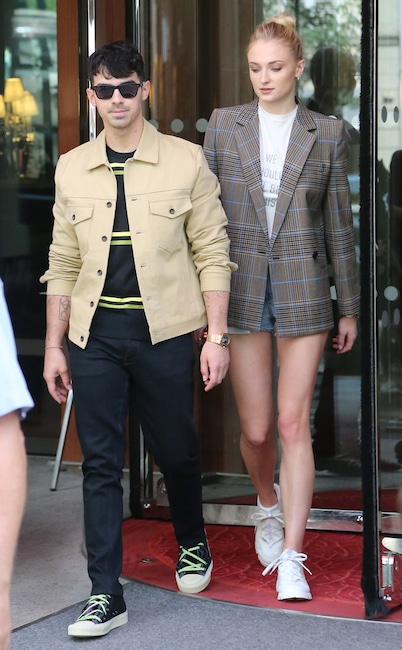 The Game of Thrones star proves that blazers are not just for the office, but the streets of Paris, too.

Sophie’s white dress from Choosy and knee-high black boot is a look for all blushing brides to aspire to. 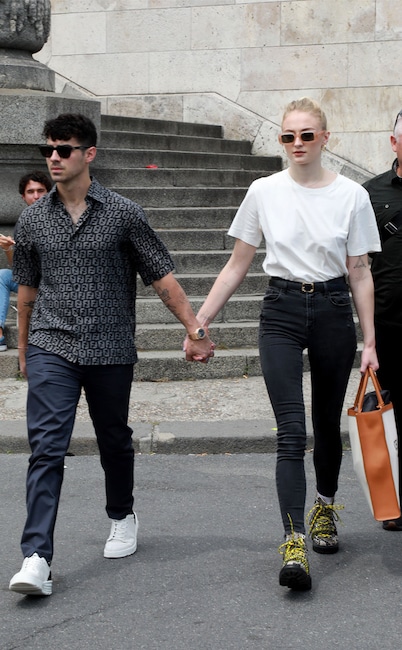 When it comes to fashion, these two love their designer apparel. Not only is Sophie sporting a Céline bag and the grenson hiking boot from House of Holland, but her beau wears a trendy button-up from Fendi’s collection. 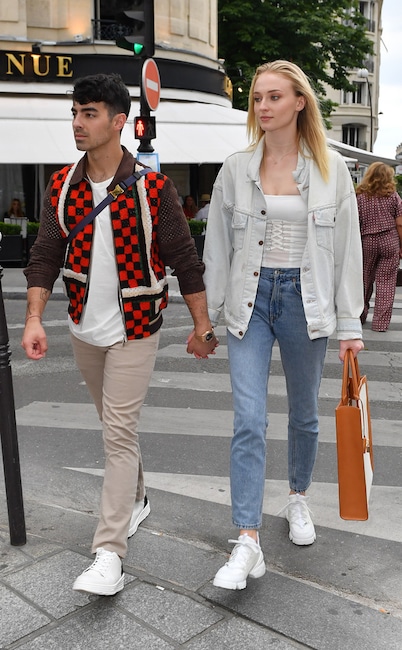 Walk in the Park

Life is better when you have your best friend holding one hand and a Céline purse in the other. Just ask Sophie. 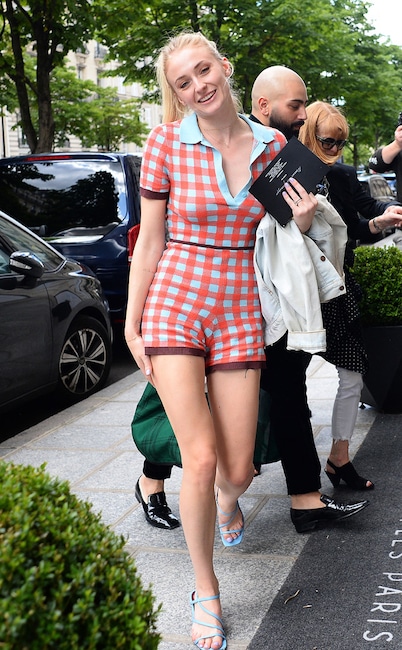 From fur coats on Game of Thrones to red carpet glamour, Sophie shows that she can pull off any look, including this cute romper from Staud. 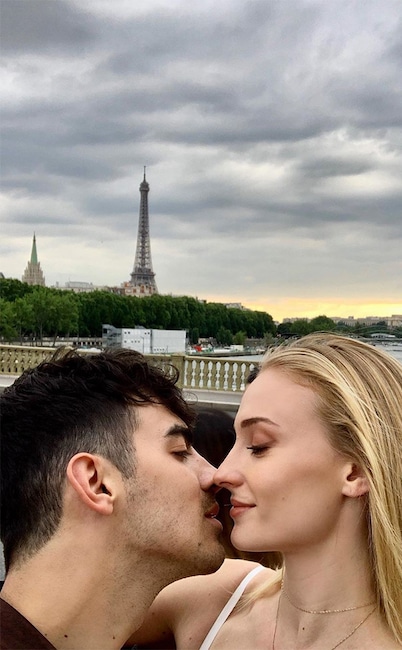 With the Eiffel Tower and a sunset in the background, this picture is worthy of the Louvre.

Motocross champ gives up sport to save a life

Can Someone Please Open the Door?