It’s been six months since Priyanka Chopra married Nick Jonas in one of the biggest weddings of the year. However, not everyone is basking in their newlywed bliss.

The actress opens up about the hate they’ve received over their 10-year age difference in her new cover story for InStyle.

“People gave us a lot of s–t about that and still do,” she tells the magazine. “I find it really amazing when you flip it and the guy is older, no one cares and actually people like it.”

Unfortunately, this isn’t the only negativity the 36-year-old Quantico star and her 26-year-old hubby have received. Just days after the couple said “I do,” a media outlet published an article titled “Is Priyanka Chopra and Nick Jonas’s Love for Real?” in which the author called Chopra a “global scam artist.” Her family members, including brother-in-law Joe Jonas and his wife Sophie Turner, immediately came to her defense and slammed the piece.

“Nick, Joe, Sophie, my mom, his parents, everyone was there furiously typing on their phones,” she recalls. “They were so mad.”

The article was later updated, and the author issued an apology. Still, Chopra decided not to give the piece any more attention.

“Commenting on some stupidity means it eventually becomes important because I gave it importance,” she says. “A lot of people don’t understand that way of thinking. It’s not a myopic thought … it’s a long-term plan.”

As if this weren’t enough to handle, the former Miss World has also been criticized for sharing so much of her big day on social media.

“If I wasn’t a famous person and I’d just got married, don’t you think my Insta would have photos of me and my husband?” she recently told The Sunday Times. “Just because I’m famous, don’t I have the ability to be proud of being a newlywed without people saying that I’m using my marriage? I gave up my right to privacy when I became a public person, it’s the deal you make with the devil. But trust me, there are lots of things I still keep personal.” 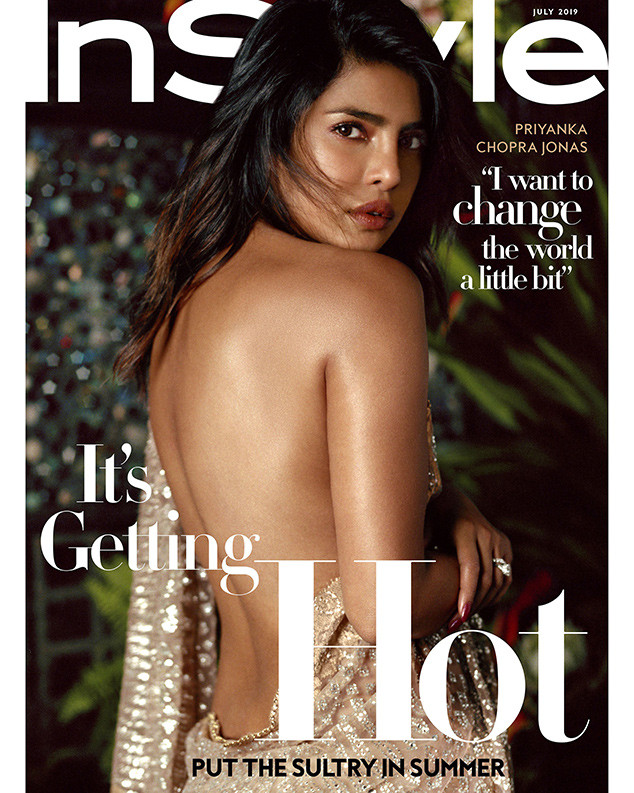 Clearly, Chopra doesn’t have time for haters. In addition to enjoying life as a newlywed, the celebrity is working on a new reality show with Jonas called A Week to Sangeet, as well as a new romantic comedy with Mindy Kaling. She’s also working on her ultimate goal—changing the world.

“I want to change the world a little bit. My big endgame is creating a formidable career and legacy for myself, but at the same time I want to have moved something,” she tells InStyle, later adding she hopes to start a family with Jonas when the time is right. “I want my existence to have meant something. I want my kids to turn around and be like, ‘Yeah, that was my mom.'”

To read her full interview, check out the July issue—on newsstands June 14.

How To Make It In-House

How To Make It In-House