Brody Jenner has some thoughts on those Kaitlynn Carter and Miley Cyrus kissing headlines.

For those unfamiliar with the latest news, the 26-year-old “Mother’s Daughter” singer and her longtime boo Liam Hemsworth split after nearly eight months of marriage. Hours after the announcement, photos swirled online of Miley kissing Carter during their Italian vacation. In fact, The Hills: New Beginnings star’s own breakup with Brody was recently made public.

Now, Jenner is breaking his silence over the latest headlines about his ex-wife and the “Wrecking Ball” singer. Taking to Instagram on Sunday afternoon, the 35-year-old reality TV personality shared a photo of himself in Malibu, Calif.

“Don’t let yesterday take up too much of today,” he captioned his pic.

Not long after his post, his The Hills co-star Brandon Thomas Lee commented, writing, “Let’s round this scandal out and post a pic of us making out.”

“Watch out,” Brody responded with a crying-laughing emoji. “Pics of Liam and I holding hands on the beach coming soon.”

Naturally, Miley chimed in the conversation, and wrote, “go take a nap in your truck and cool off.” 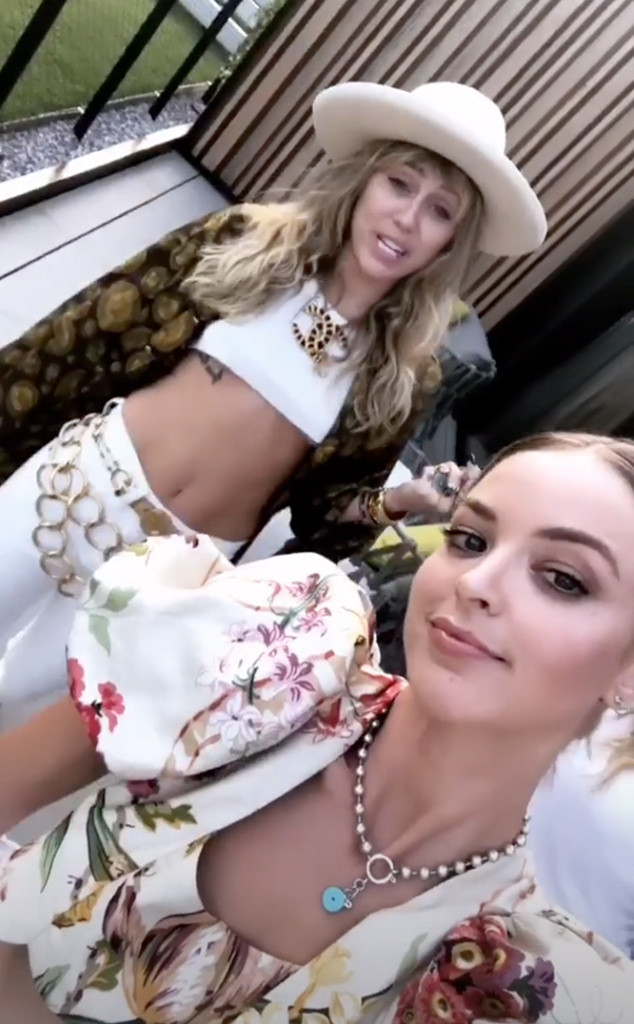 While the MTV reality TV star’s comment is definitely cheeky, he’s been writing flirty responses on his ex-wife’s Instagram lately.

During Kaitlynn, Miley and Brandi Cyrus‘ vacation in Lake Como, Italy, the trio have been sharing snaps of their fun hangouts on social media. Last Friday, The Hills star appeared to be living her best single life with her gal pals, and posted a selfie.

Earlier this month, Brody and Kaitlynn decided to go their separate ways. Reps for the celebs confirmed their split to E! News in a statement. “Brody Jenner & Kaitlynn Carter have decided to amicably separate,” the statement read. “They love and respect one another, and know that this is the best decision for their relationship moving forward.”

While the two tied the knot in Indonesia last June, a source previously told E! News they were never legally married.

Additionally, Cyrus and Hemsworth also parted ways. News broke about their break up on Saturday evening, with a rep for the 26-year-old singer saying in a statement: “Liam and Miley have agreed to separate at this time. Ever-evolving, changing as partners and individuals, they have decided this is what’s best while they both focus on themselves and careers.”

The statement continued, “They still remain dedicated parents to all of their animals they share while lovingly taking this time apart. Please respect their process and privacy.”

75 Years After Auschwitz Liberation, Worry That ‘Never Again’ Is Not Assured

How do I negotiate a higher salary for my dream job?

Valentine's Day Gifts for the Kid at Heart

Valentine's Day Gifts for the Kid at Heart